Tybee is an island filled with people that like to have fun. Which means there is usually some kind of party or celebration most any night of the week.

Tybee is not just a pretty place to live at the beach.

It is a tight knit community of 3,000 people that care about each other and the city we live in. Each week, there are a multitude of fundraisers and charity events to get involved with. Everything from helping our kids, schools, animals, local food pantry, churches, getting a swimming pool built or a theatre restored. At any given time, I can purchase a raffle ticket, event ticket, go to a party, or volunteer for a plethora of events.

There are options in selecting where I spend my time and money. I’m always guaranteed to have a great time doing it and and the end of the day, as my head hits the pillow, Sean and I look at each other, smile and say,  “It doesn’t suck to be us.”

Last night was another one of those nights. It was time for the annual Tybee Idol costume karaoke contest. Traditionally this has been held and hosted by Hucapoos (our favorite pizza joint/divebar)

All of the tables are moved to the parking lot to make room for a few rows of chairs and standing room only on the wooden deck covered by large canvas sails. A stage is designed and constructed on one side of the open air deck.

A week prior to the event, contestants can be found in local Goodwill stores throughout Savannah, or posting their costume needs on Facebook. As they gather the pieces and parts needed to create an over the top experience for their performance in a battle for the coveted title of Tybee Idol.

This event used to be mainly an adult event, where discretion was to be used if bringing children. But now 100% of funds raised goes to the only school on the island (Tybee Island Maritime Academy) There is now a bigger interest in the event from the younger generation. A new development is to have two mini events in one night. The first hour consists of the kids performances and announcing their contest winner. Then the parents with small children can still be home in time for bed.

Then it’s time for the more seasoned Idol contestants to battle it out with over the top performances with costumes, makeup and whatever it takes to woo the crowd to put dollar bills in their voting cans.

Last year, our family made a debut appearance as Ava and Sean performed Beastie Boy’s “Fight for Your Right to Party” once bitten by the performance bug this year they returned to the stage along with my son Bryce, but this time with their own separate acts. Ava was “Baby Spice” of the spice girls. Bryce shocked everyone as he was onstage half dressed, and oiled up singing “The Promise” by When in Rome. Then people that didn’t think Sean even was at the event were shocked to learn who that guy sitting in the last row all night actually was as he took the stage in full costume to perform “One More Minute” by Weird Al Yankovick . At one point the McNally clan was all on stage together. In the weirdest kinda way…it was a proud momma moment!

Here are some pictures from the night, I just snapped them from my seat as it was shoulder to shoulder people and near impossible to move around. Last night’s event raised over two thousand dollars. All from one dollar votes, one at at a time. You just gotta love a neighborhood to will come out on a Sunday night and empty their pockets for our local elementary school! Congratulations Susan, Casey and Sara for taking first place! Well deserved ladies!

Thank you Eric and Heather Thomas (owners of Hucapoos) for your endless support of this community and making Tybee the place we love to call home. 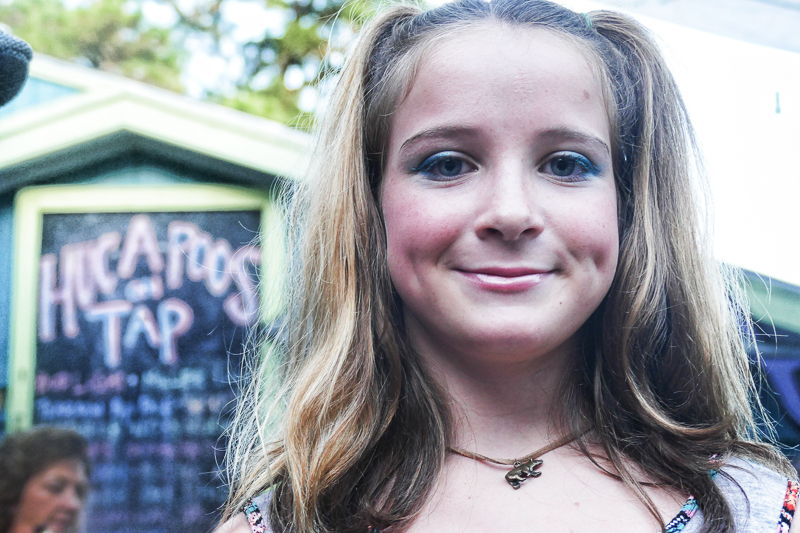 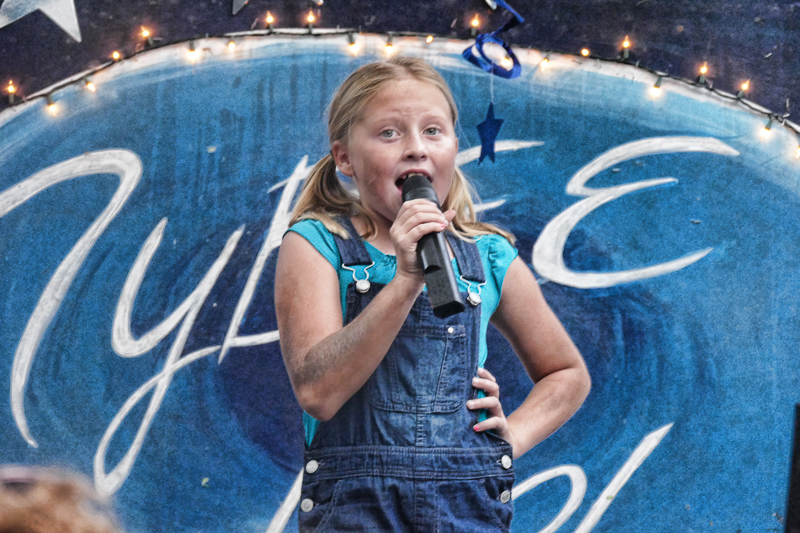 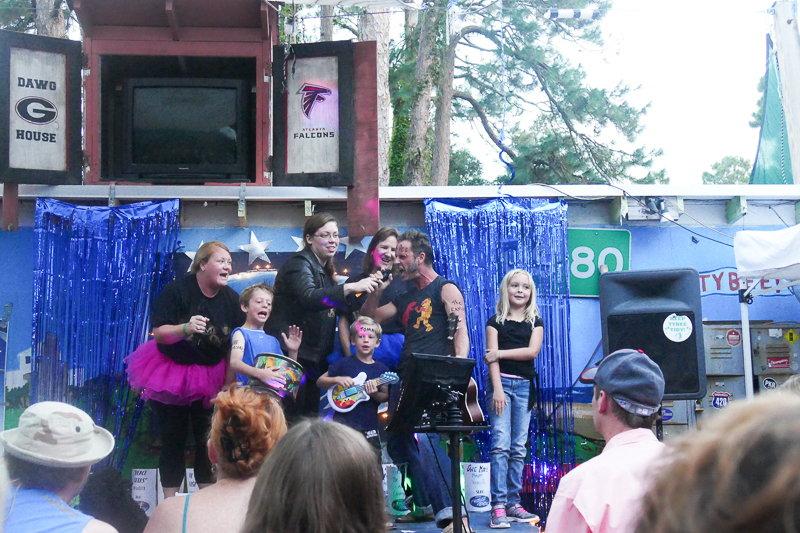 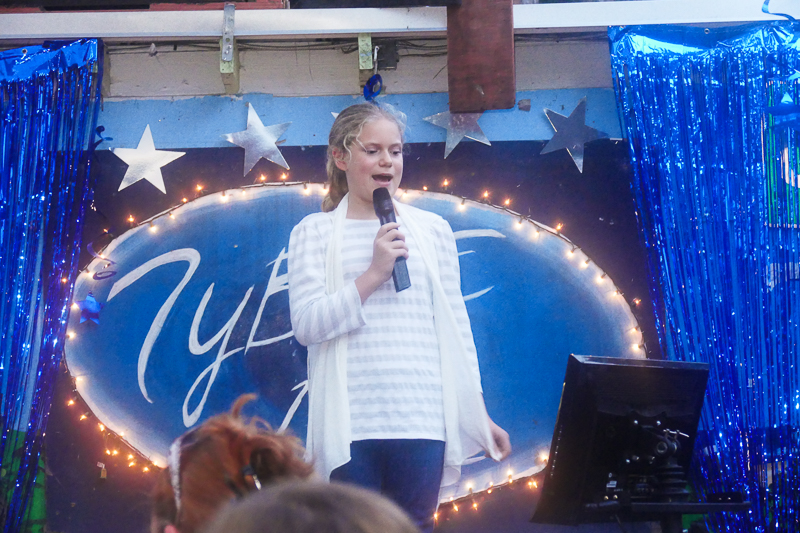 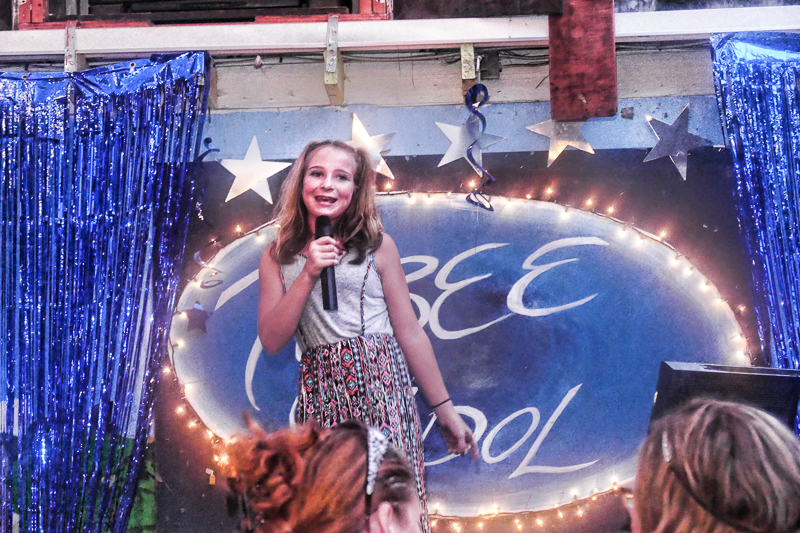 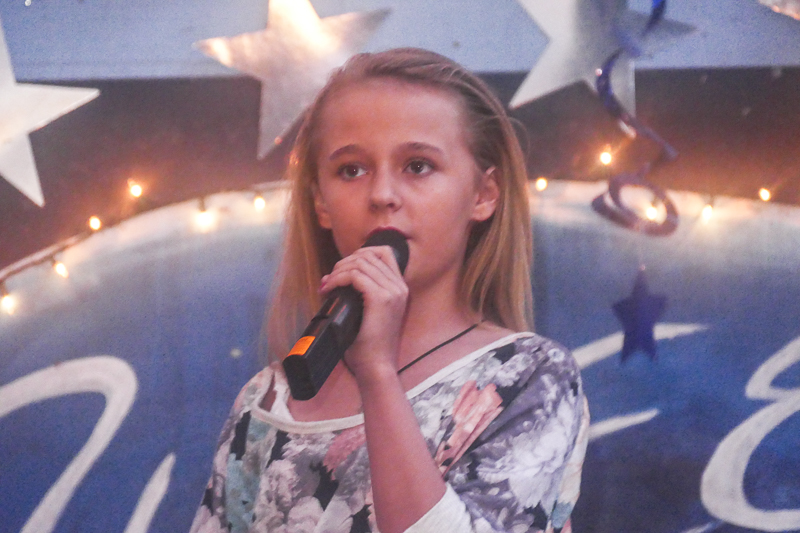 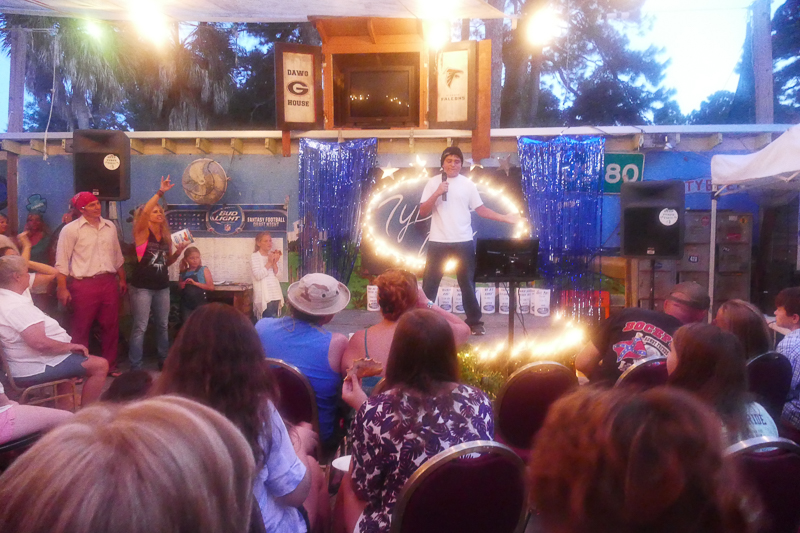 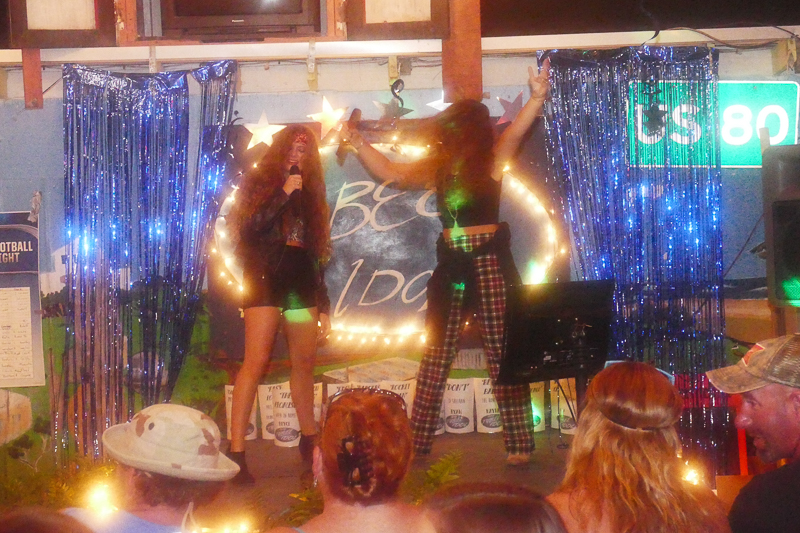 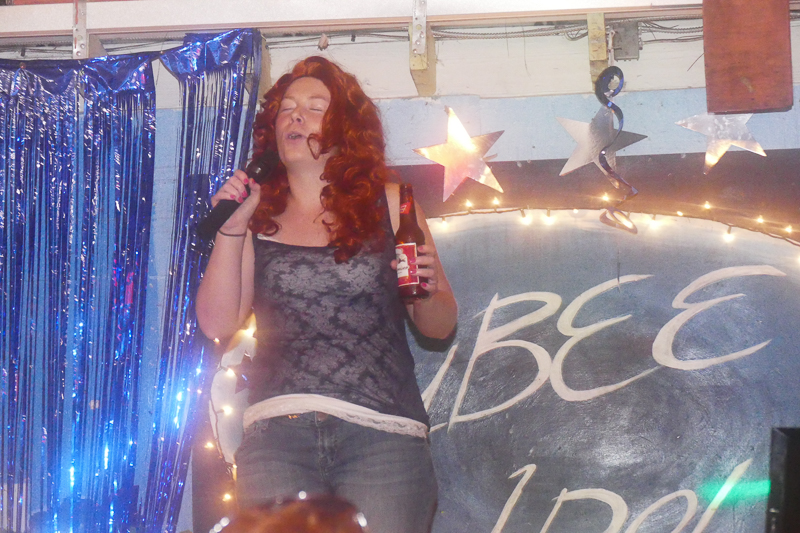 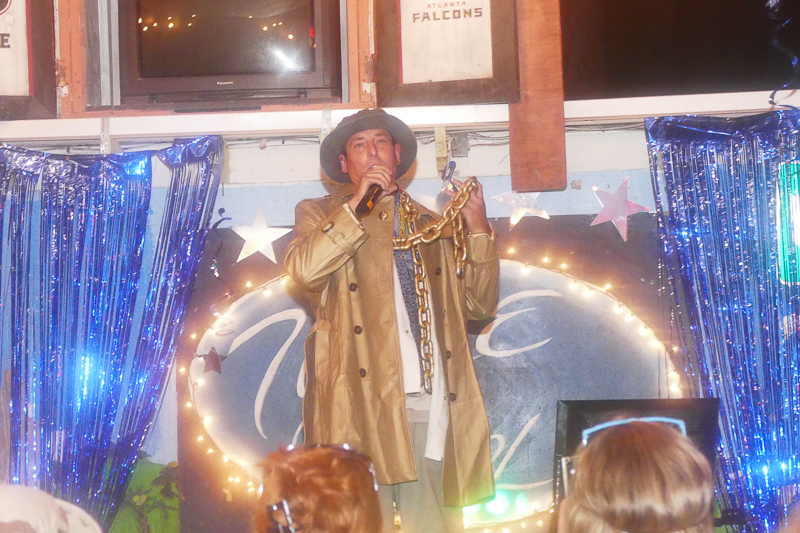 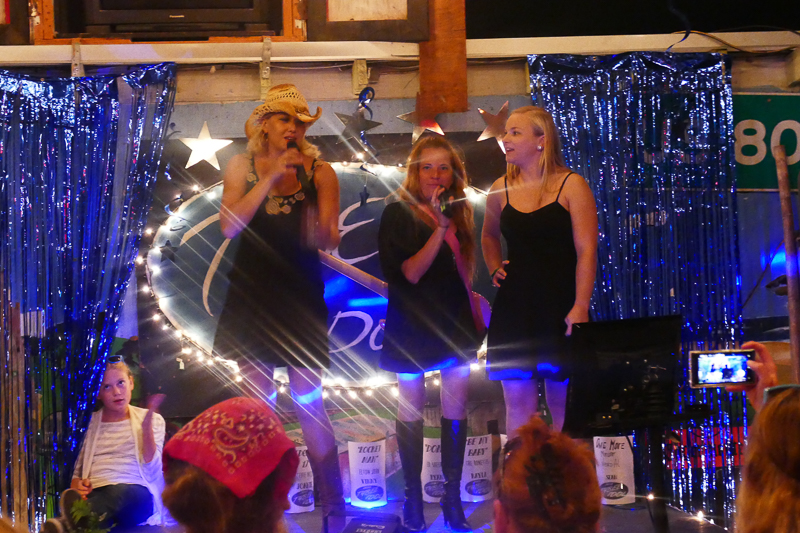 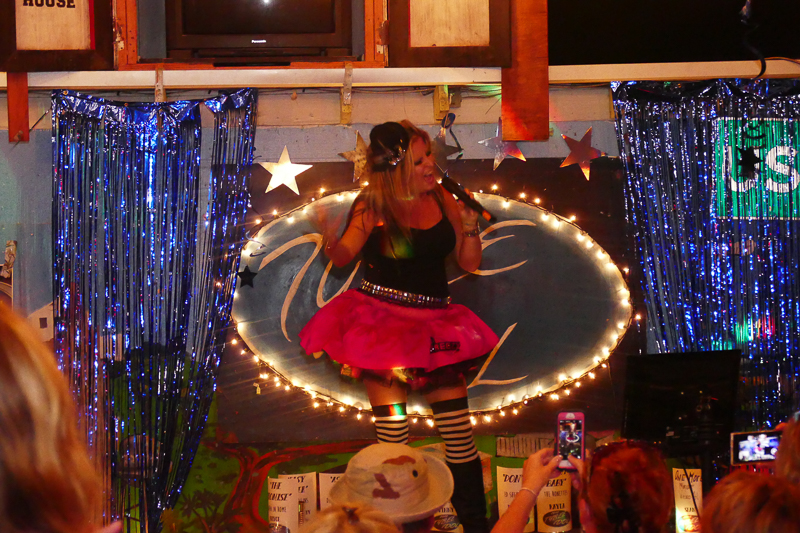 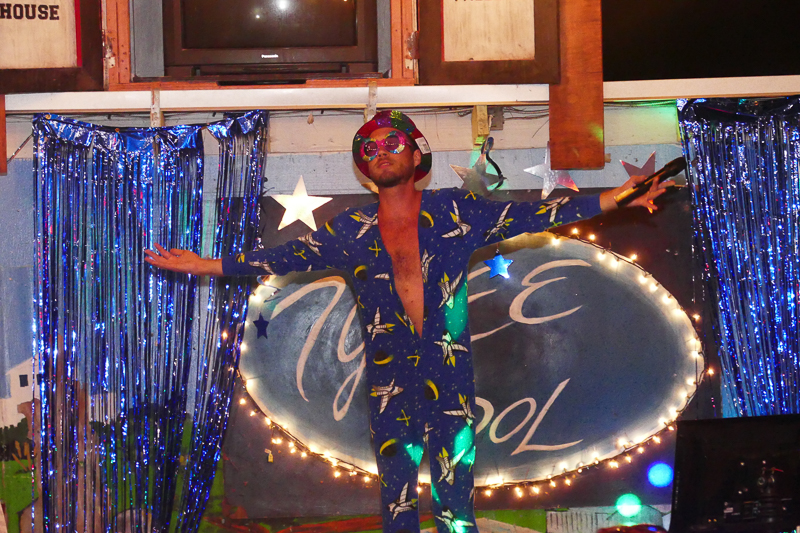 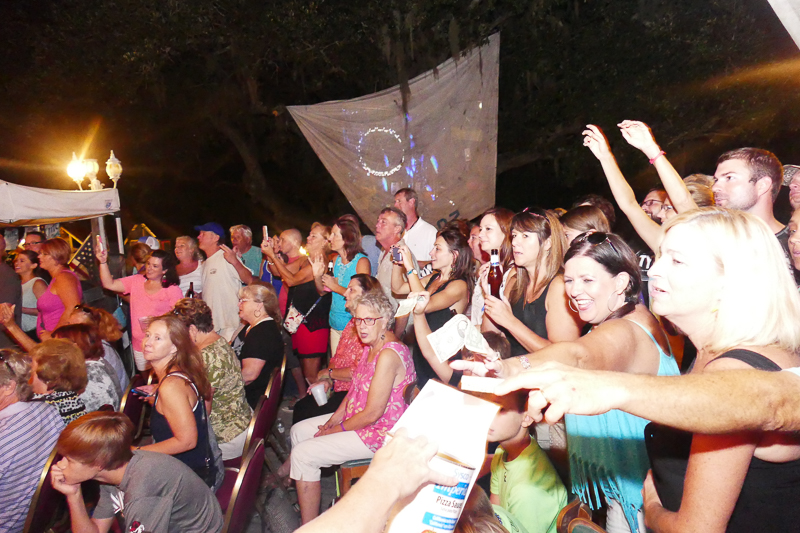 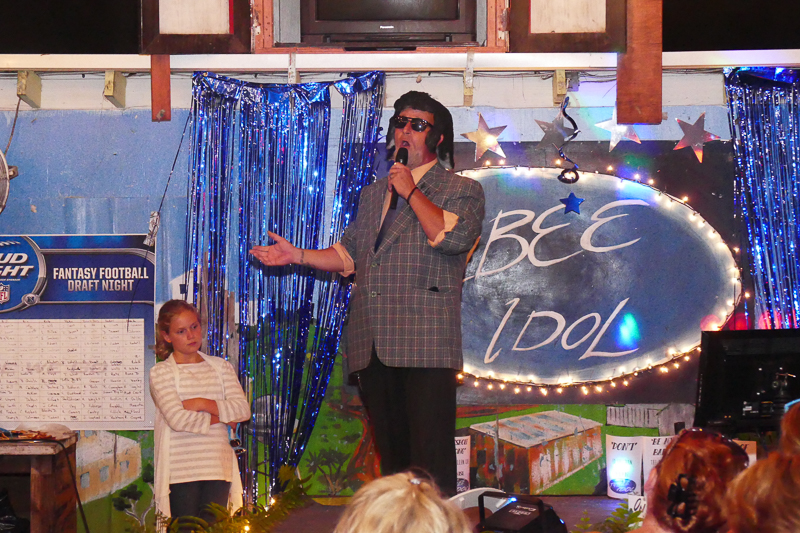 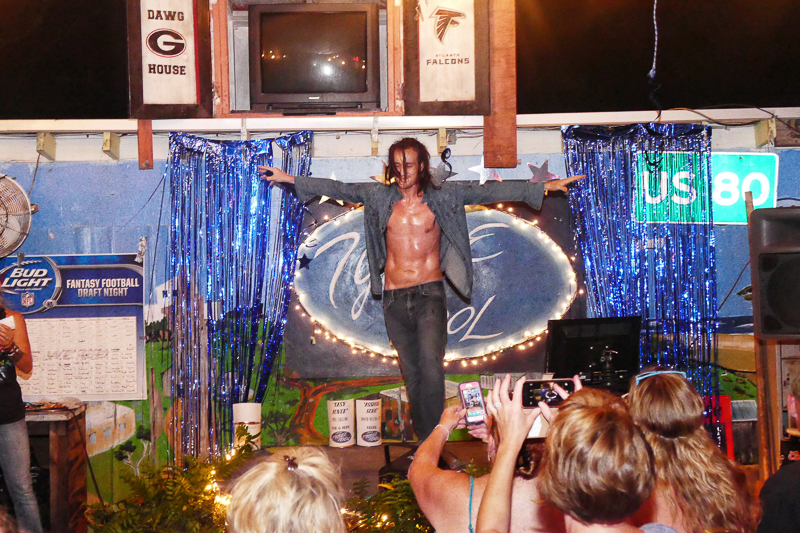 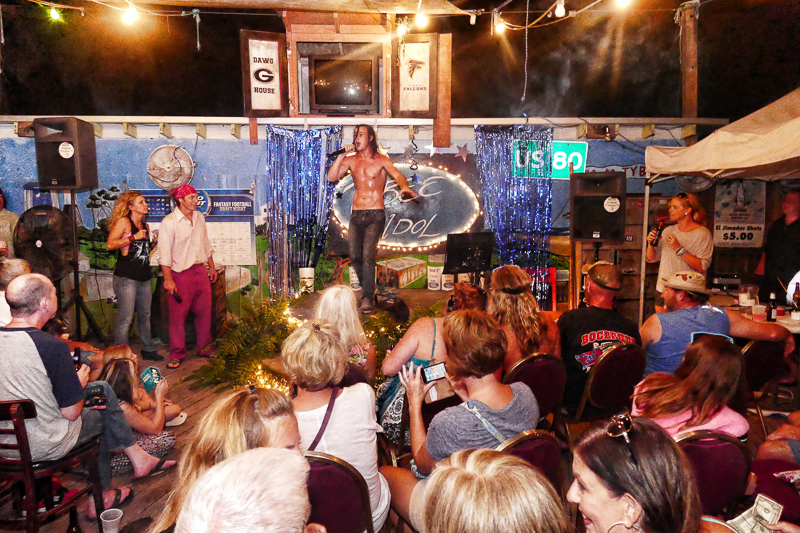 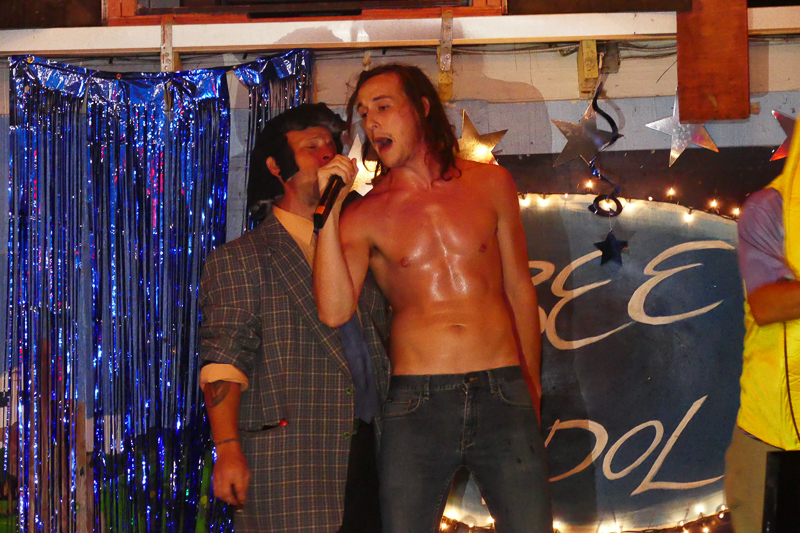 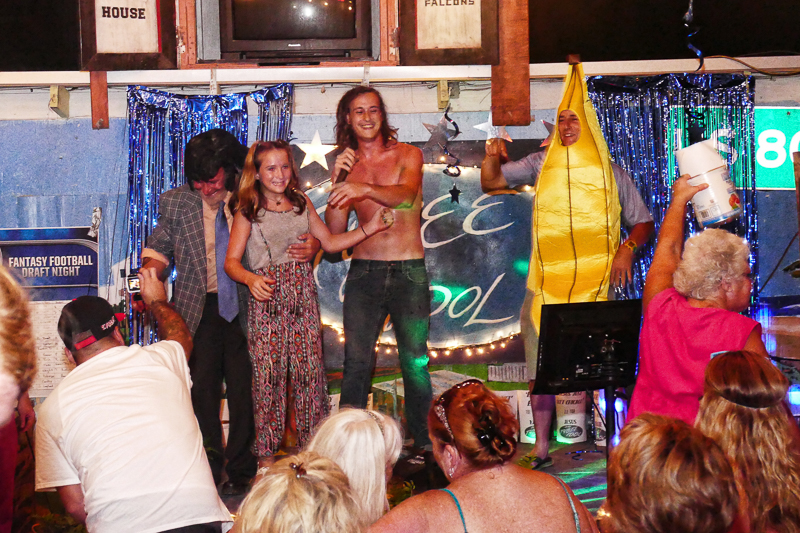 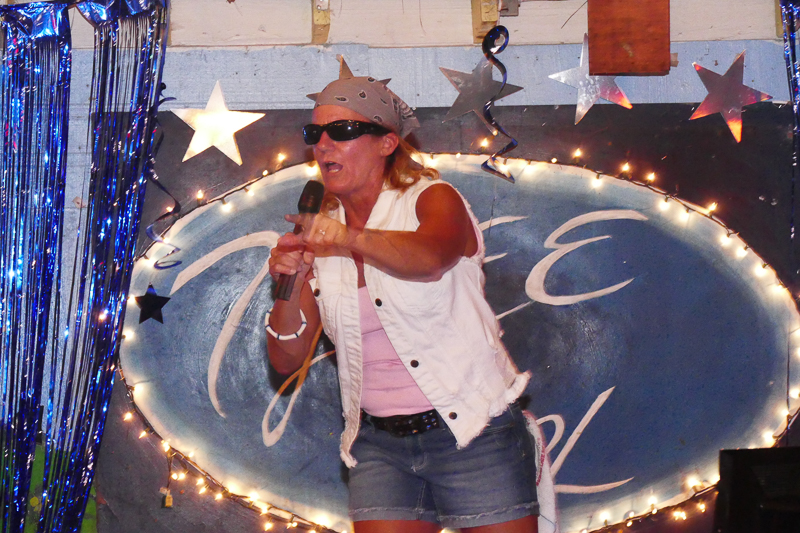 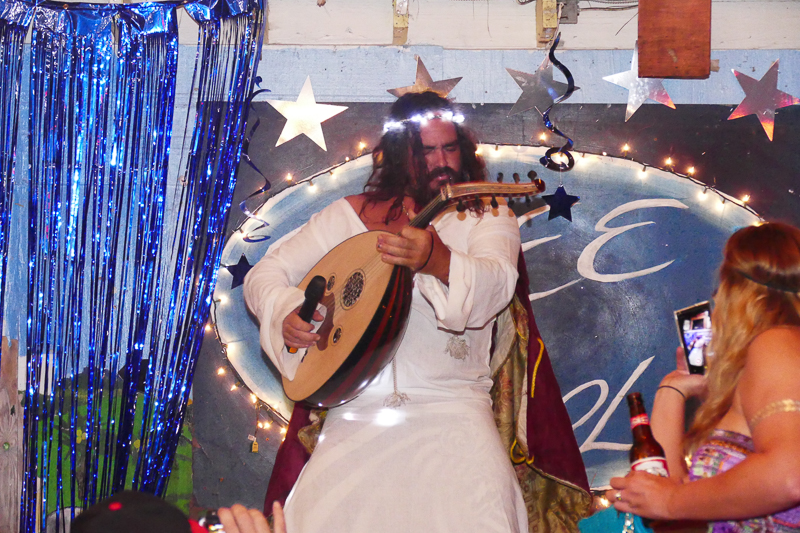 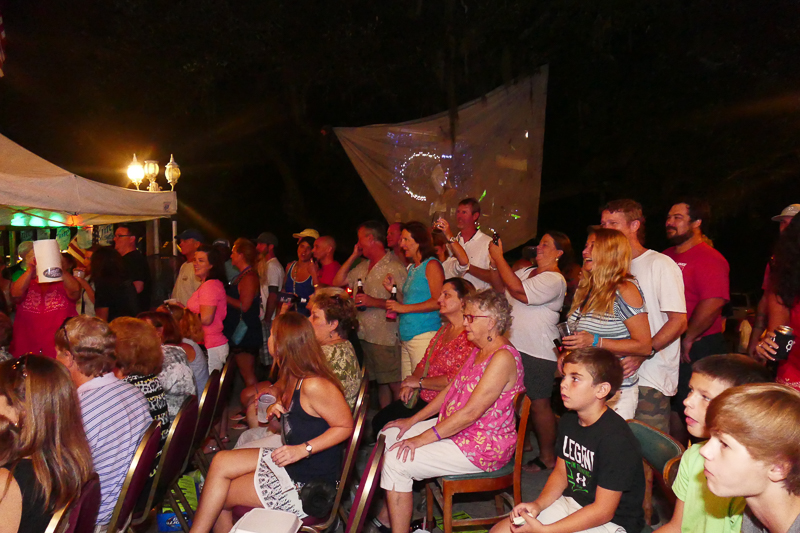 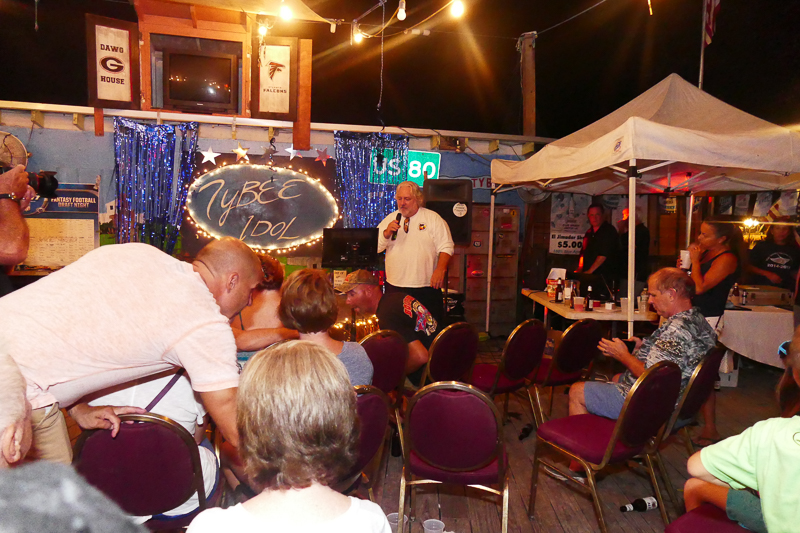 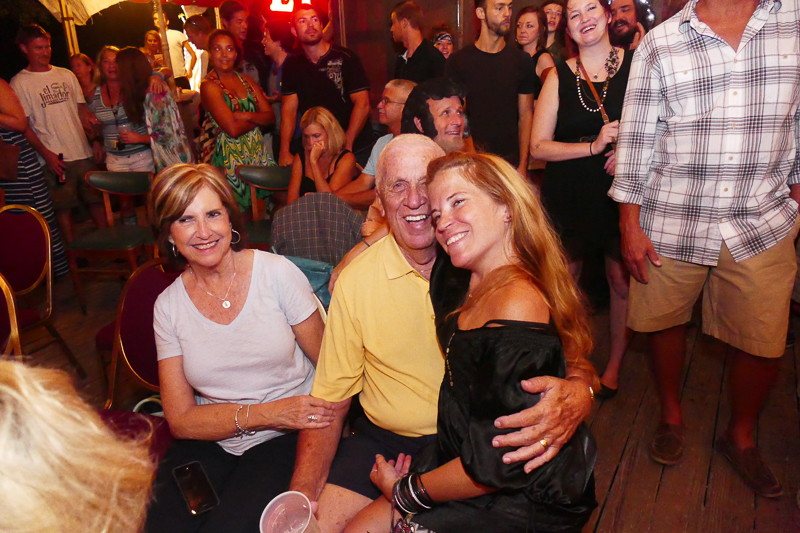 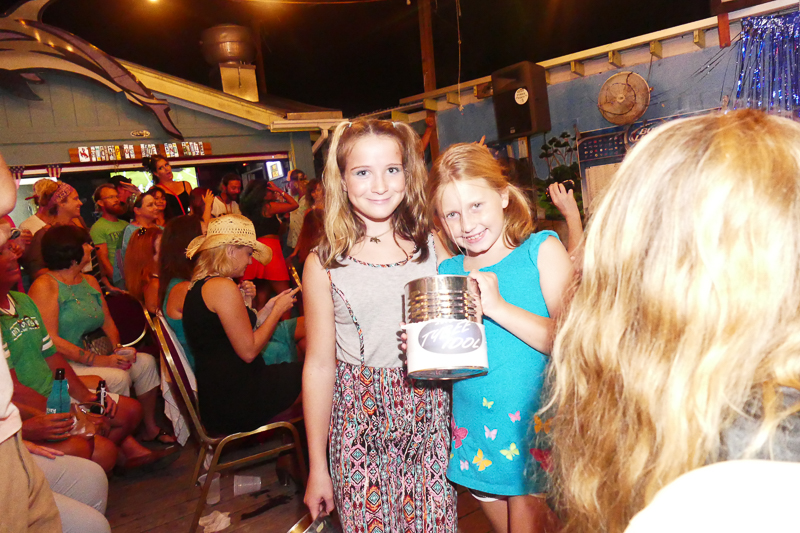 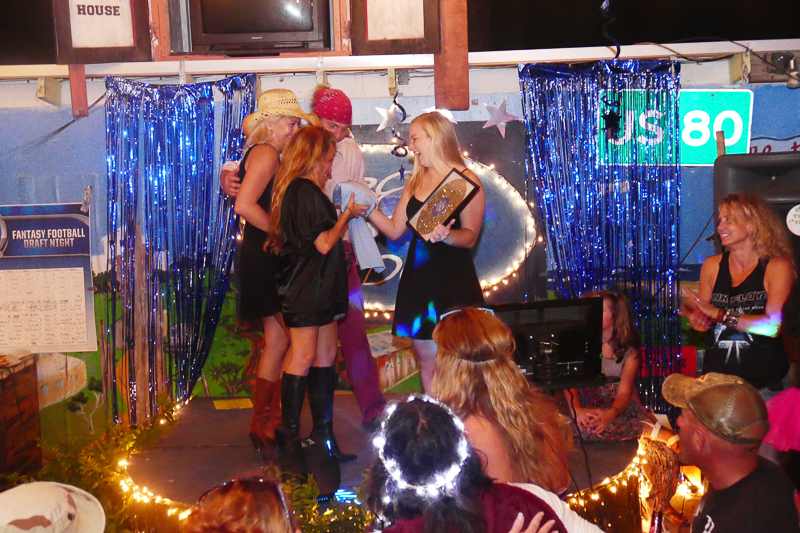